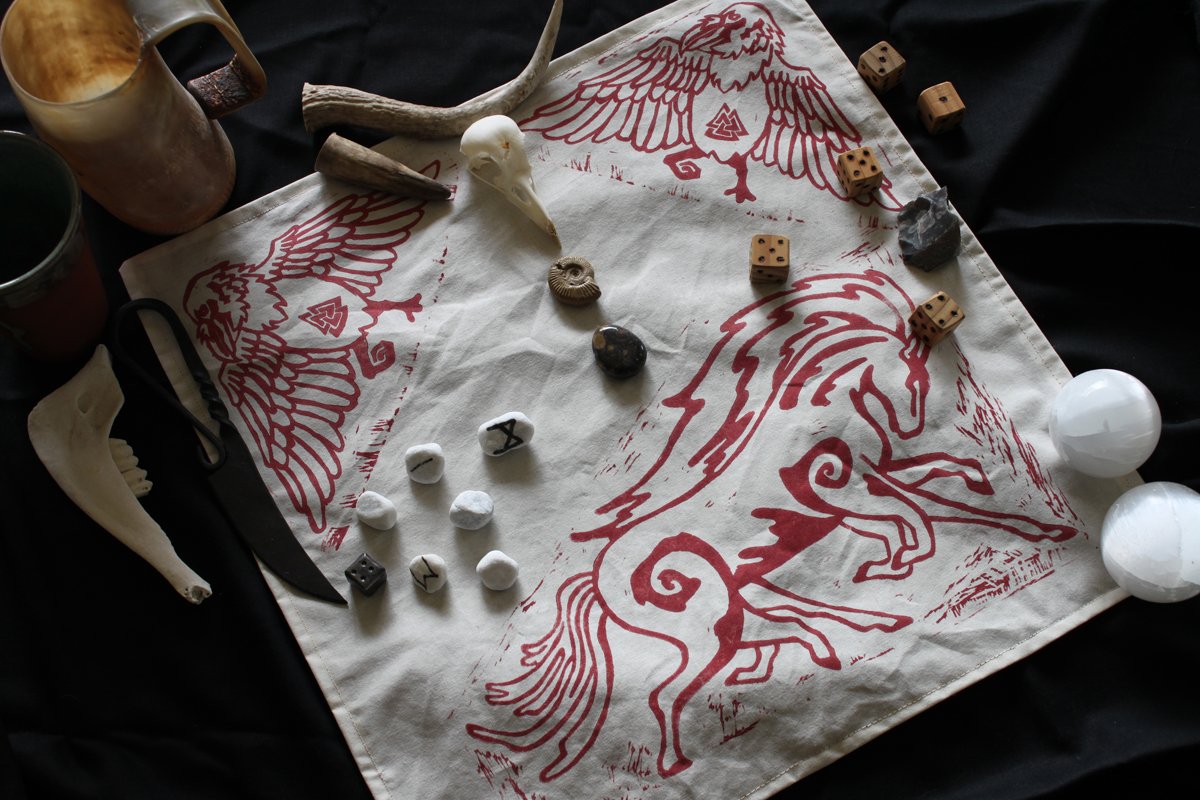 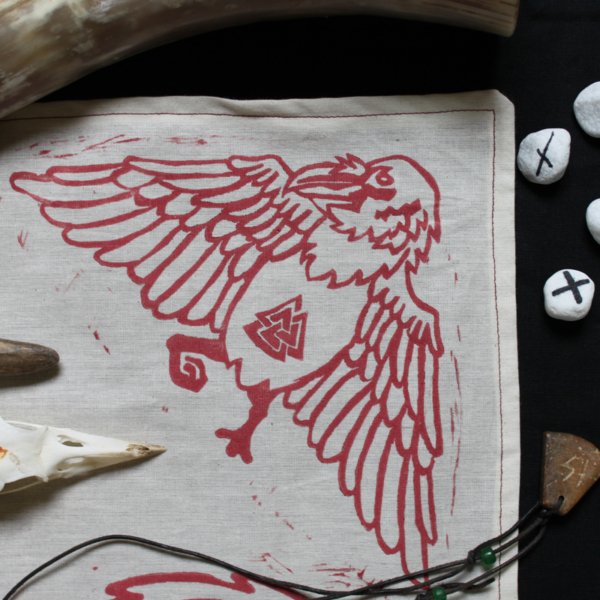 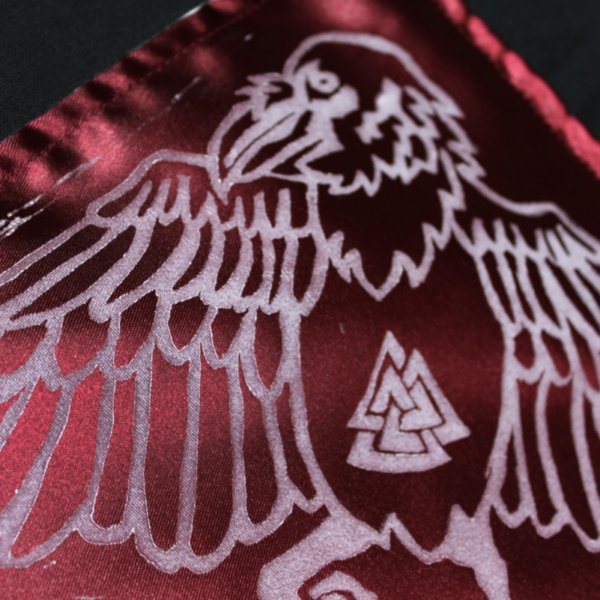 This cloth design started with my Yggdrasil Altar Cloth for which I already used the Huginn and Muninn Raven corner stamp. I wanted to use this stamp for a different cloth which was in a closer connection to Odin. So I decided to carve a large Sleipnir stamp and create this Odin’s Familiars Altar Cloth. I have often had the question about why Odin’s two wolves, Geri and Freki, are not present which is pretty well warranted. I suppose I simply didn’t think of it at the time of making the stamps. I had the two ravens and then the rather large eight-legged horse and the cloth was full. Maybe one day I will complete Odin’s menagerie and make a wolf corner piece so that Huginn and Muninn can be on one side with Sleipnir and Geri and Freki on the reverse.

Odin is a Norse God and is associated with many things such as knowledge, sorcery and battle. He wears an eye patch as he sacrificed his eye to the Well of Mimir to gain its knowledge. Odin often takes on the form of a wanderer and walks amongst the mortals of Midgard (our world).

Huginn and Muninn are the two ravens of Odin. They travel through the nine worlds every day to collect all of the news to tell Odin. Huginn represents thought and Muninn represents memory. Here on their chests, you can see the symbol Walknut (meaning ‘knot of those fallen in battle’). It has been found on numerous viking carvings. The actual meaning of the symbol is unknown, but the original carvings of it are often connected to burial and death. Odin is generally present in these depictions which has caused the symbol to often be associated with the Allfather God.

Sleipnir is Odin’s loyal steed. Sleipnir is the son of Loki and of a stallion (the male trickster god Loki was in the guise of a mare during conception). He has eight legs, can fly and when his spit hits the ground during his flight toadstools spring forth. Due to Sleipnir being able to fly, he and Odin often fly throughout the nine different realms of the Yggdrasil together.