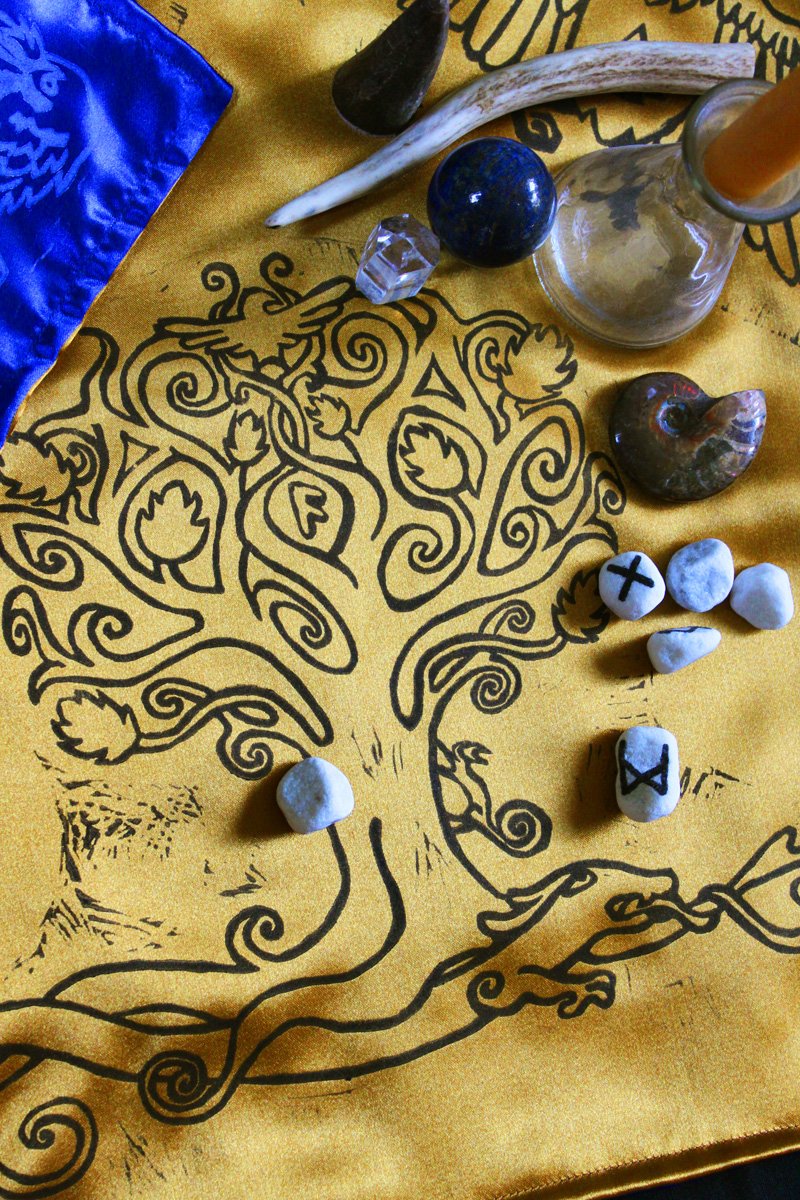 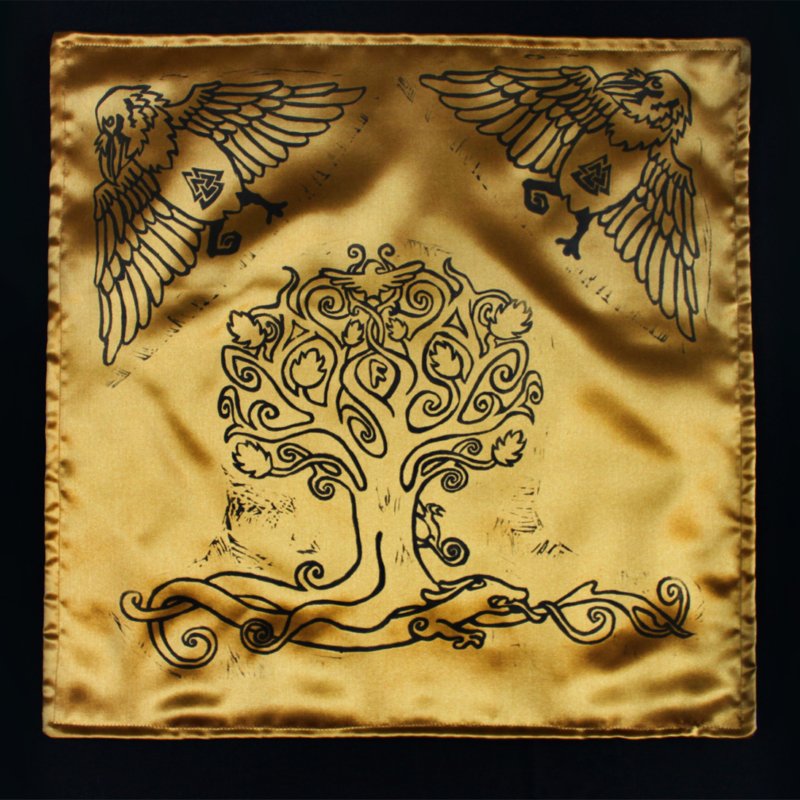 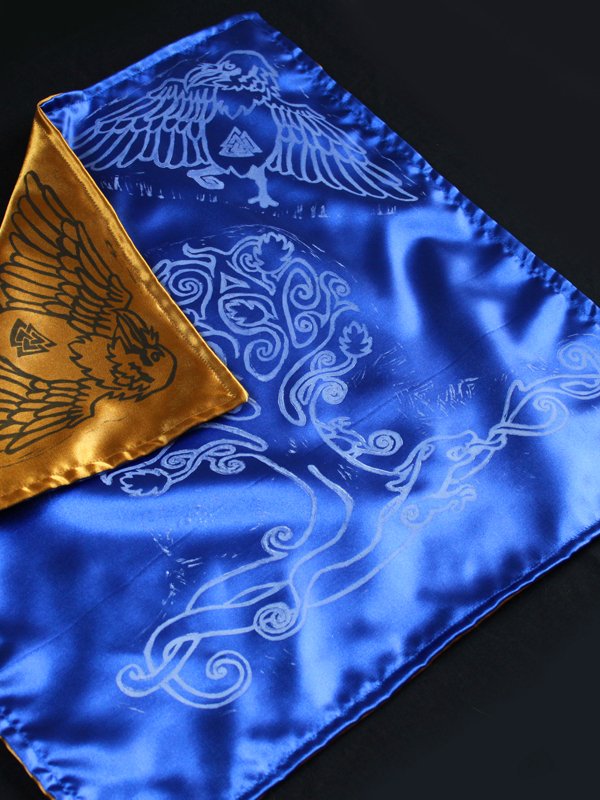 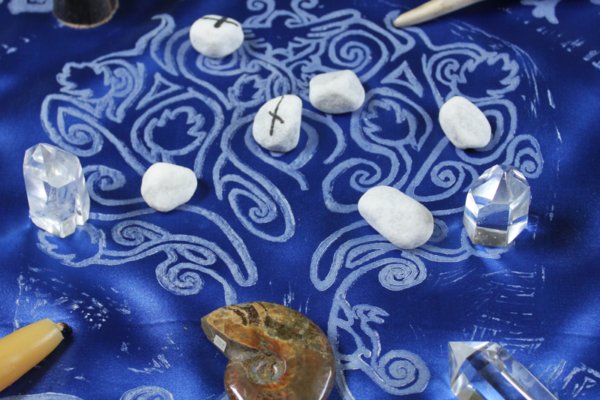 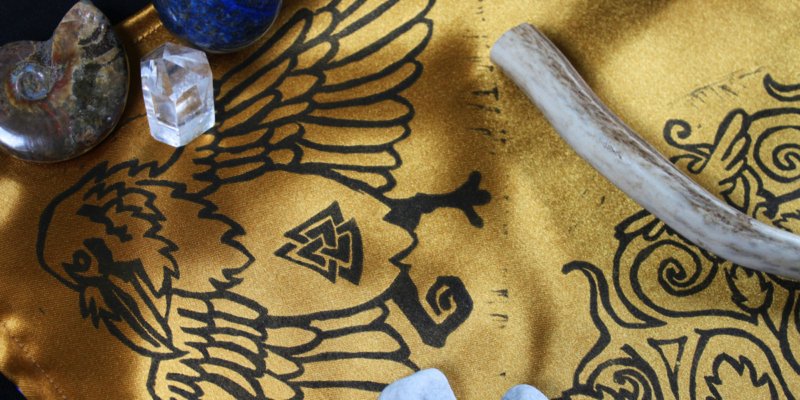 Yggdrasil is the Norse World Tree, which is an evergreen Ash. The Yggdrasil on the cloth has a rune in its branches: the rune Ansuz which represents the Ash tree. This rune is also connected to the colour dark blue.

In mythology, the nine different realms are nestled around Yggdrasil’s branches, trunk and roots. Atop the branches sits the great golden eagle Vidofnir, and the serpent Nidhogg wraps itself around the roots and gnaws at them. The squirrel Ratatoskr runs up and down the tree, sending messages between the eagle and serpent.

The ravens printed int the top corners of the cloths represent Huginn (meaning thought) and Muninn (meaning memory): the two ravens of the Norse god Odin. They travel through the nine worlds every day to collect all of the news to tell Odin. Here on their chests, you can see the symbol Walknut (meaning ‘knot of those fallen in battle’). It has been found on numerous viking carvings. The actual meaning of the symbol is unknown, but the original carvings of it are often connected to burial and death. Odin is generally present in these depictions which has caused the symbol to often be associated with the Allfather God.

I generally made this cloth in the colour combination seen above although I have made a few commissioned cloths in different colours. I have also frequently used the ravens for pouches and also for my Odin’s Familiars Altar Cloth.