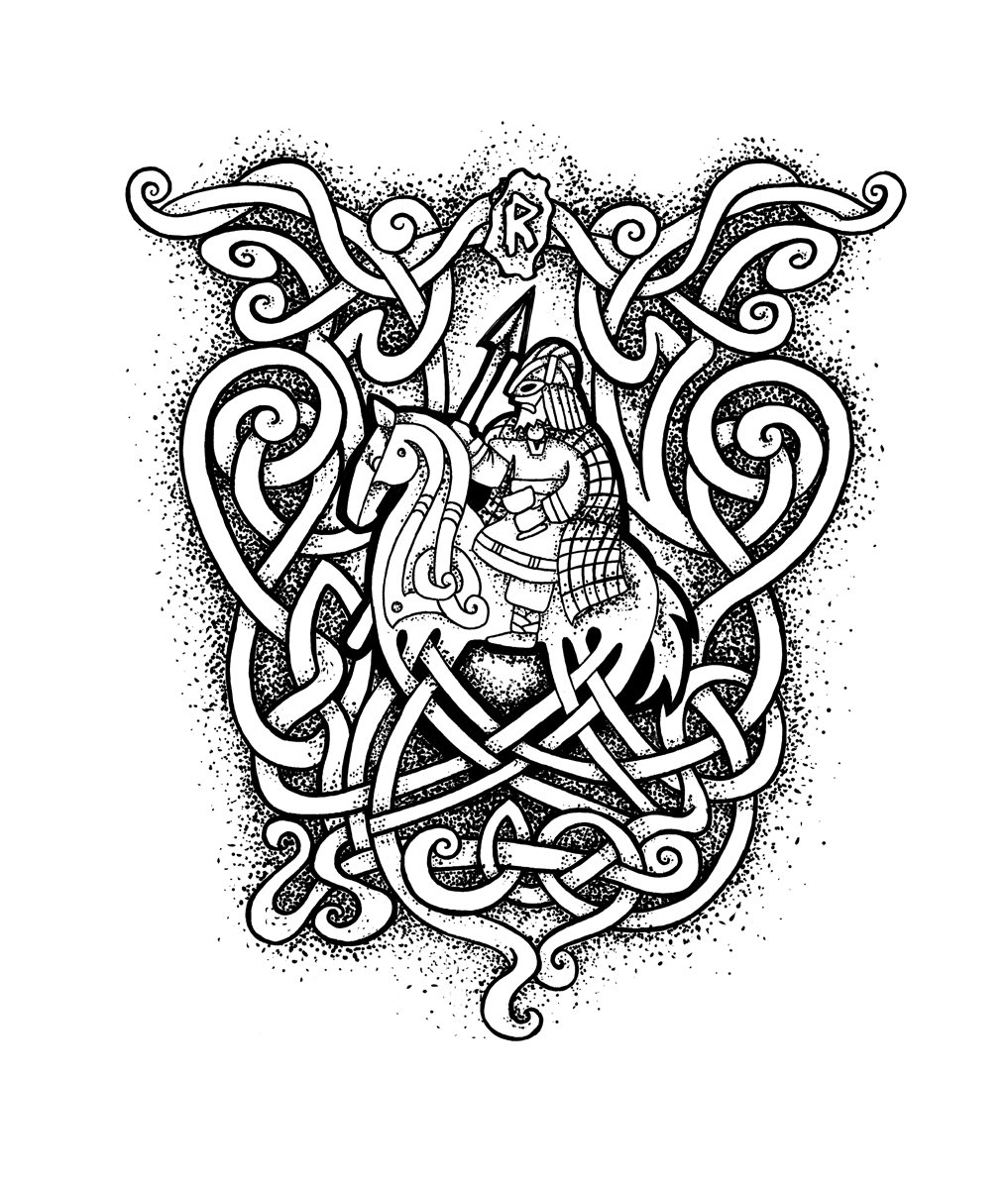 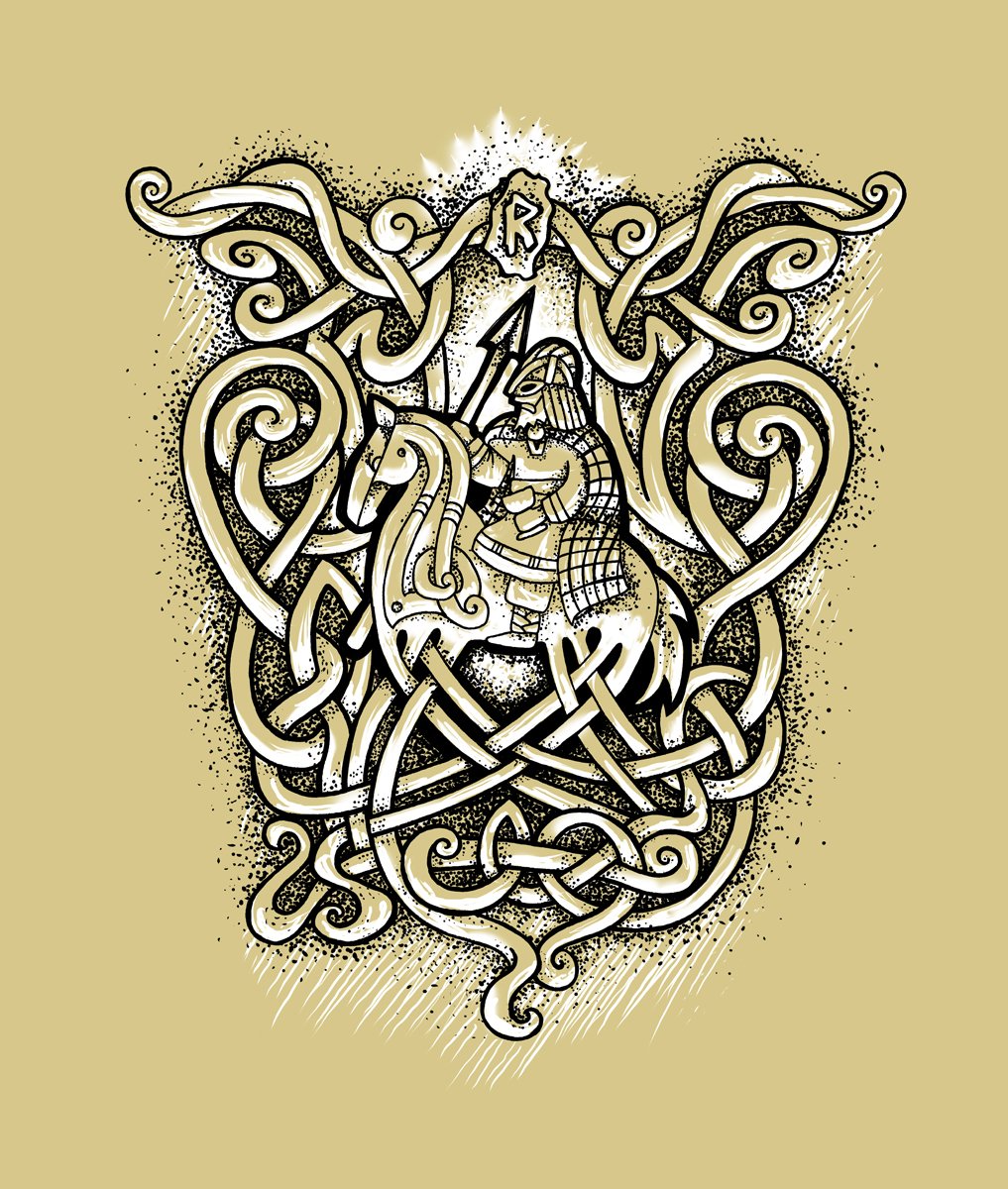 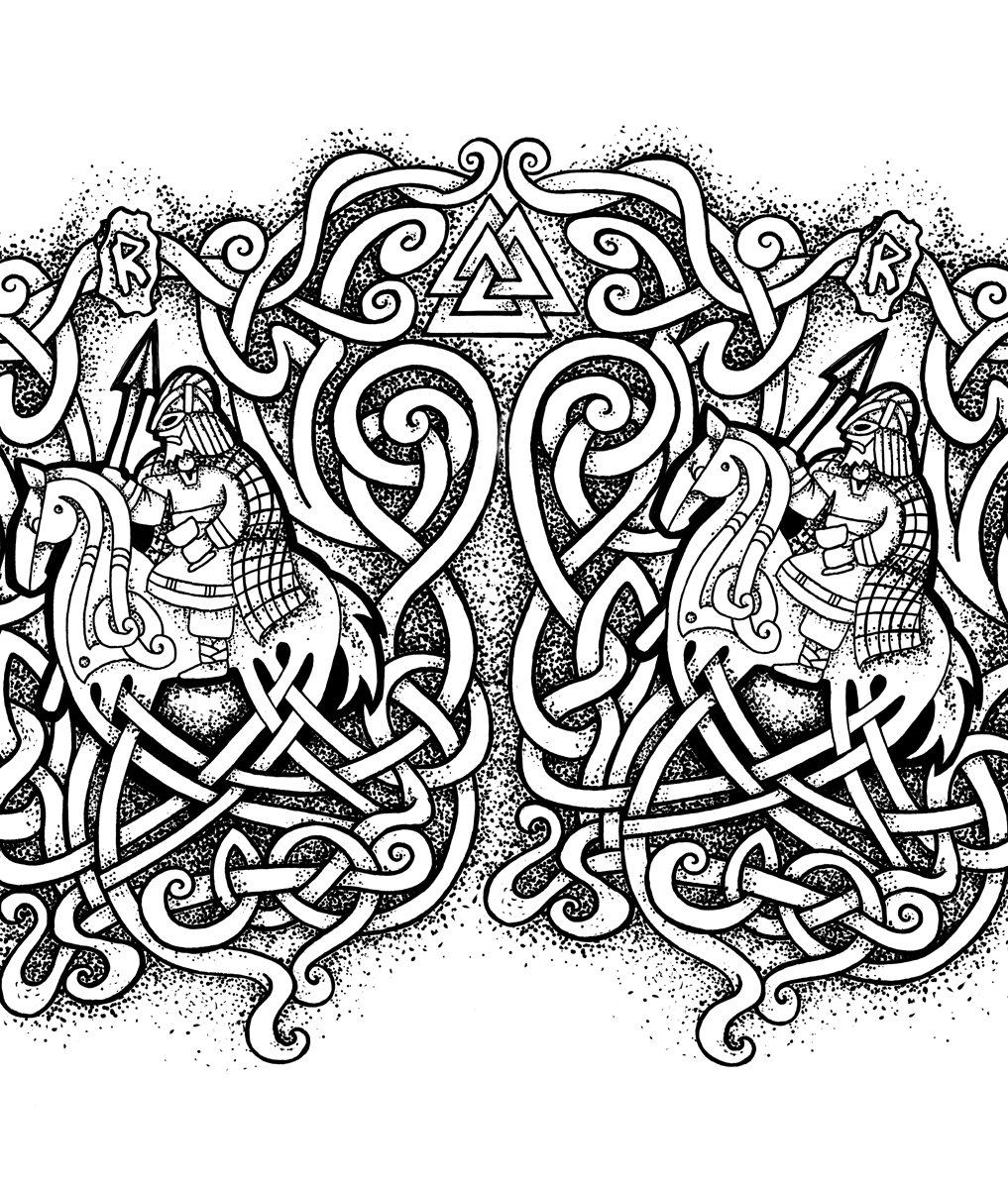 This design was created as a private commission for Robin van de Put to be used as a sleeve tattoo for her lower left arm. This design was developed from one of three sketches originally put forward to Robin. The first image here shows the outlines for the tattoo drawn in fineliner pen. Then in the second image I have digitally added shading dots to be used as a demonstration to the tattoo artist. The last image shows how the piece would join on the other side of the arm. The loose Valknut piece to the left, was to be added at this stage to tie the two adjoining halves together.

Odin is the Norse god of wisdom, poetry, runes, magic, war and the dead. He rode a ginormous eight-legged steed named Sleipnir. The Valknut is a symbol commonly associated with Odin but of which its meaning has been lost. It is commonly thought to be in association with Odin’s position as a god of death. The “R” rune at the top of the piece is Raido. Of course this stands for the R in Robin’s name who commissioned the piece but it is also a rune associated with Odin. It stands for the journey and the ride which made it the perfect rune to feature in this design of Odin riding Sleipnir.