Please note that this page is a work in progress. More photos are still to come. 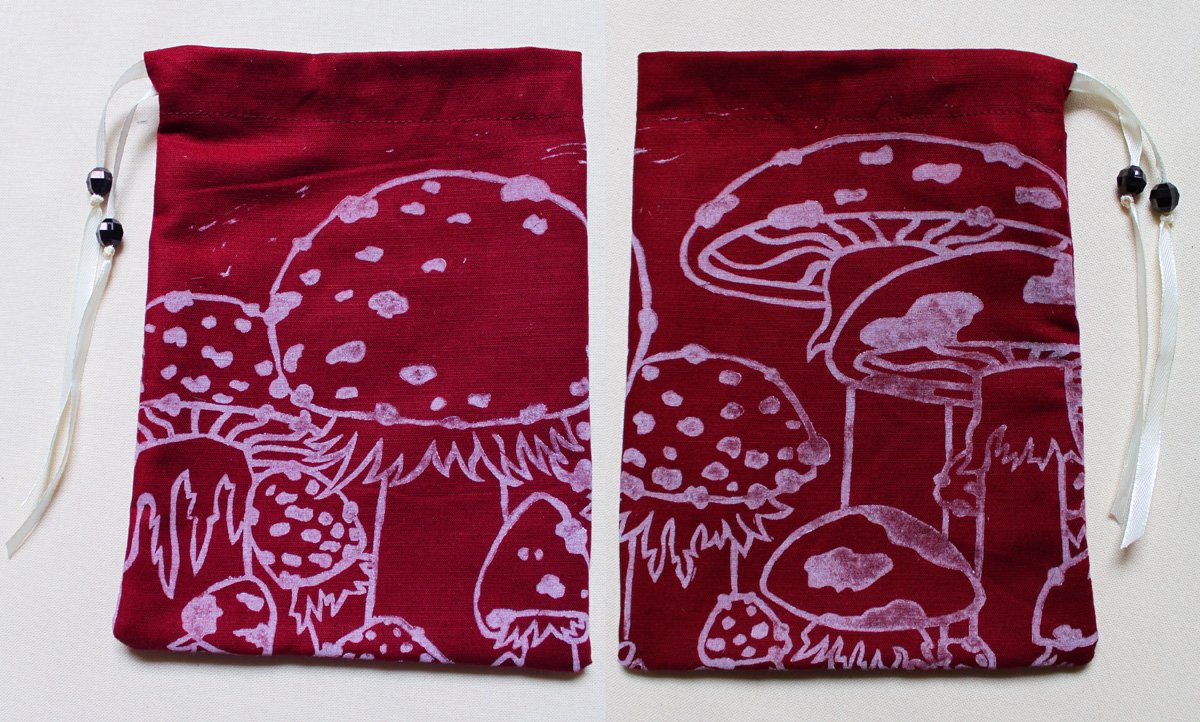 Toadstools are an amazing natural phenomenon which I completely love, they are just so magical! They have many different meanings and functions throughout the world’s folklore.
According to European folklore (mainly British), faerie folk would gather in circles of toadstools (also known as faerie rings) and would dance and celebrate there. Great superstition surrounds the faerie rings, for to step inside one could trap you there for many a year or even indefinitely.
In Chinese culture, toadstools are a symbol of good luck and rebirth. In the realm where the Immortals lived, sacred toadstools grew. To eat of these would grant you immortality.
In Norse Mythology the god Odin rode on a mystical eight-legged horse called Sleipnir. As Sleipnir flew over the lands his spit would fall down to earth and where it landed, red toadstools with white spots (fly agaric toadstools) would spring from the ground.

I hand carved this large lino stamp mainly to make tote bags but I ended up using it more for smaller tarot or dice pouches. It ends up always getting used as a wraparound pattern on printed products. It would be great to actually print it on something where the whole thing is visible but I just haven’t quite got there yet. The stamp itself measures approximately 41x22cm which makes it one of the larger ones I have carved.