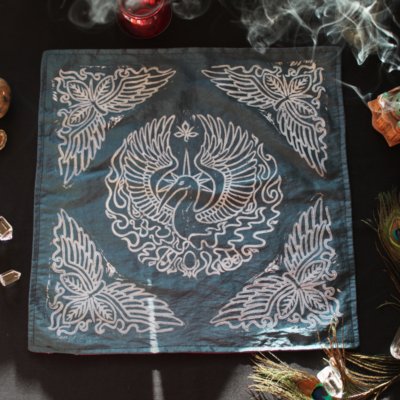 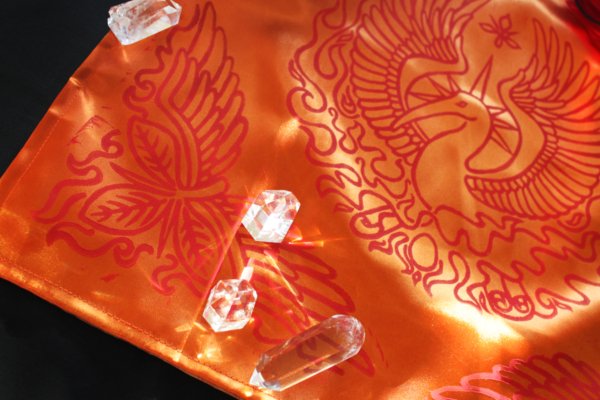 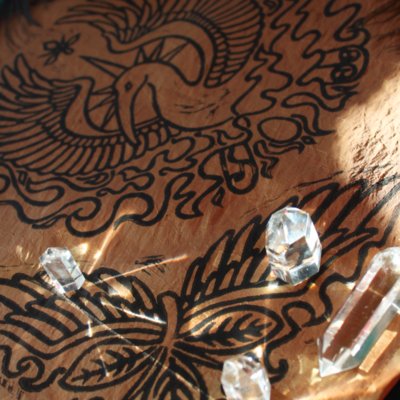 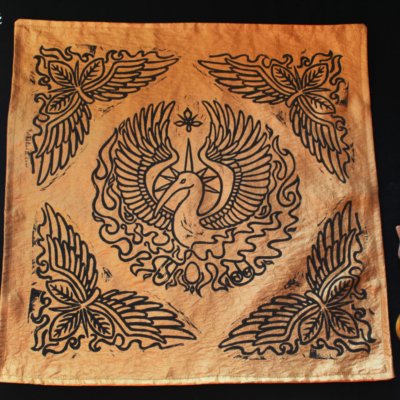 The Phoenix is a Greek Mythological creature, but similar concepts also appear in many other cultures. For example in Egyptian Mythology they have a very similar bird called the Bennu. The Phoenix is a symbol of the sun, reincarnation, time, resurrection and consecration. This cloth’s print design has a mix of different symbols that are associated with the Phoenix and the Bennu. Here is a brief overview:
-The Phoenix and Bennu took on many different forms with likenesses to an eagle, a peacock or a heron. I based mine mainly on the heron.
-The Phoenix is associated with the Greek sun God and Titan “Helios”, the seven sun beam halo is representative of this.
-The bird would fill his nest with spices such cinnamon. If you look closely, you can see some cinnamon quills amongst the base of the flames.
-After building its only funerary pyre, the Phoenix would die and would burst into flames. It would then be reborn from the ashes.
-The Bennu is said to create an egg of Myrrh to contain its predecessor’s remains. The egg in at the base of the central design. A myrrh leaf floats above the Phoenix’s head and I have also used the myrrh leaf as the main part of the corner stamp design.