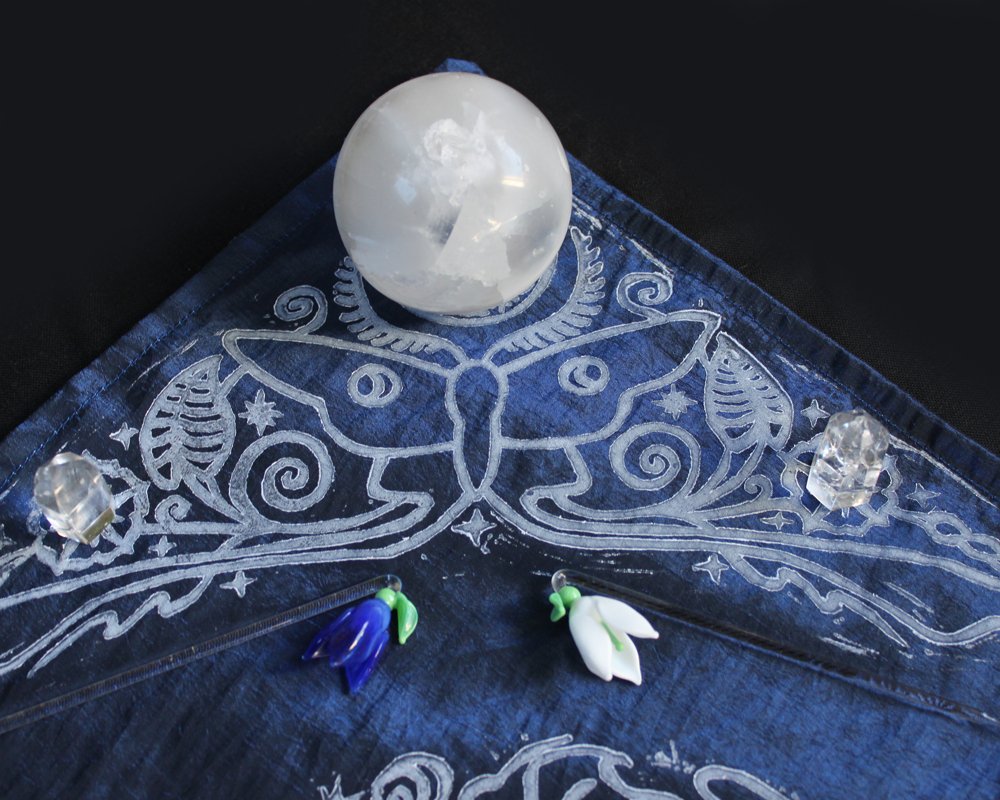 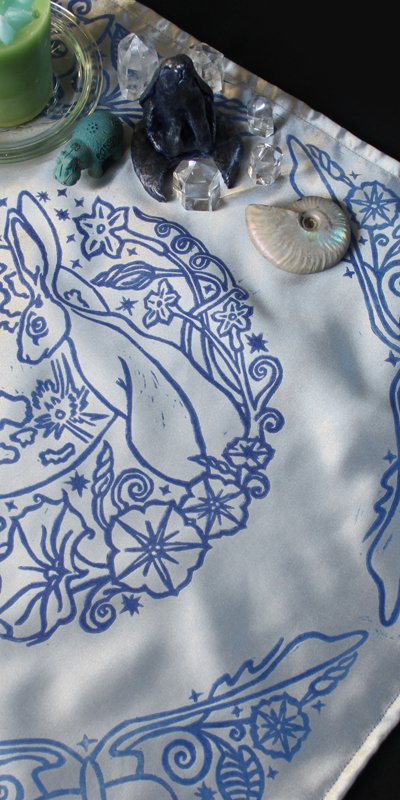 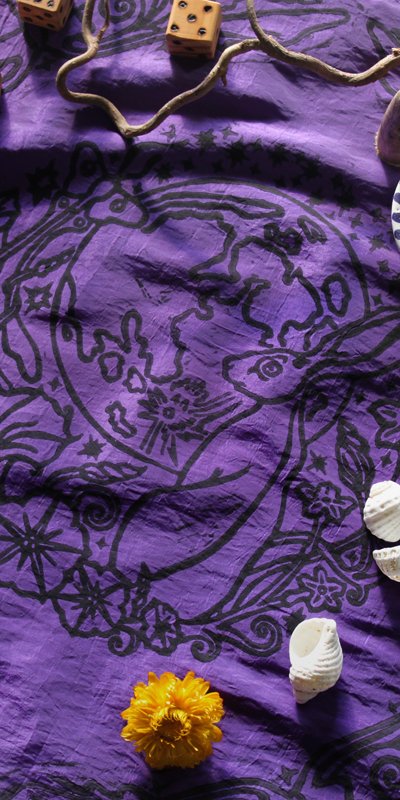 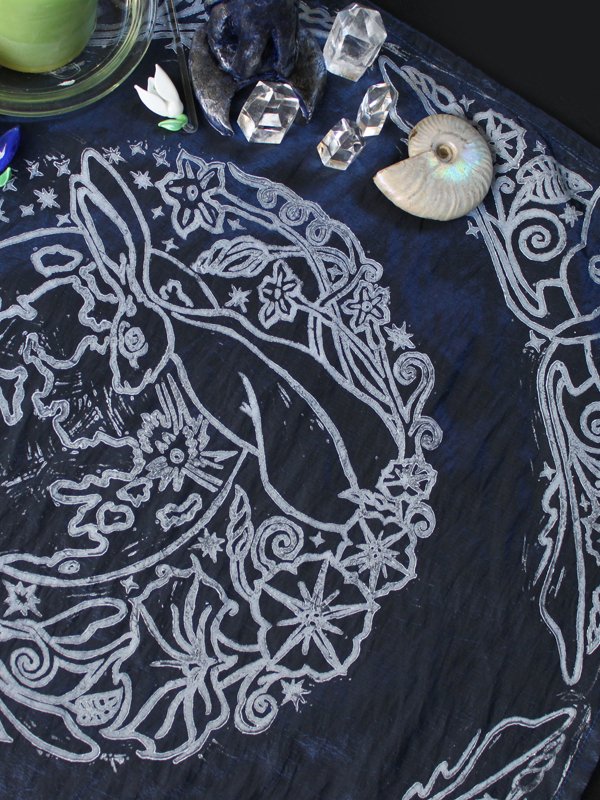 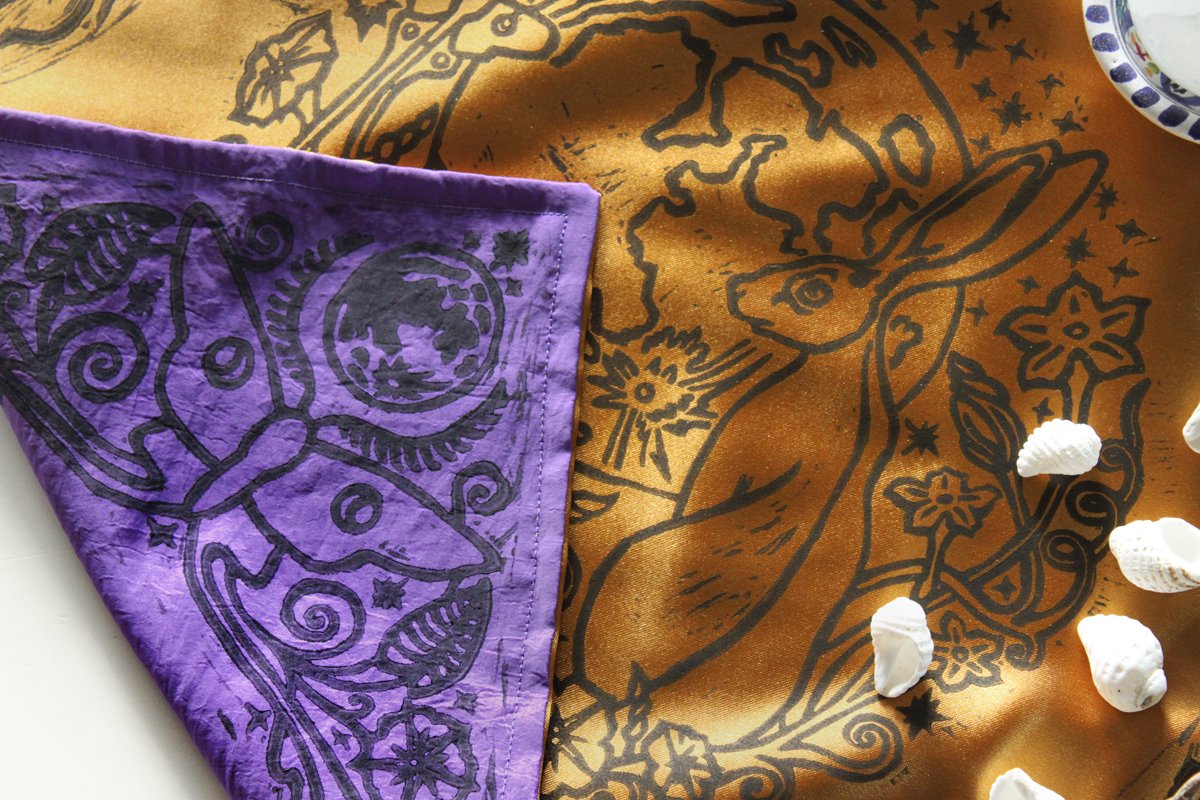 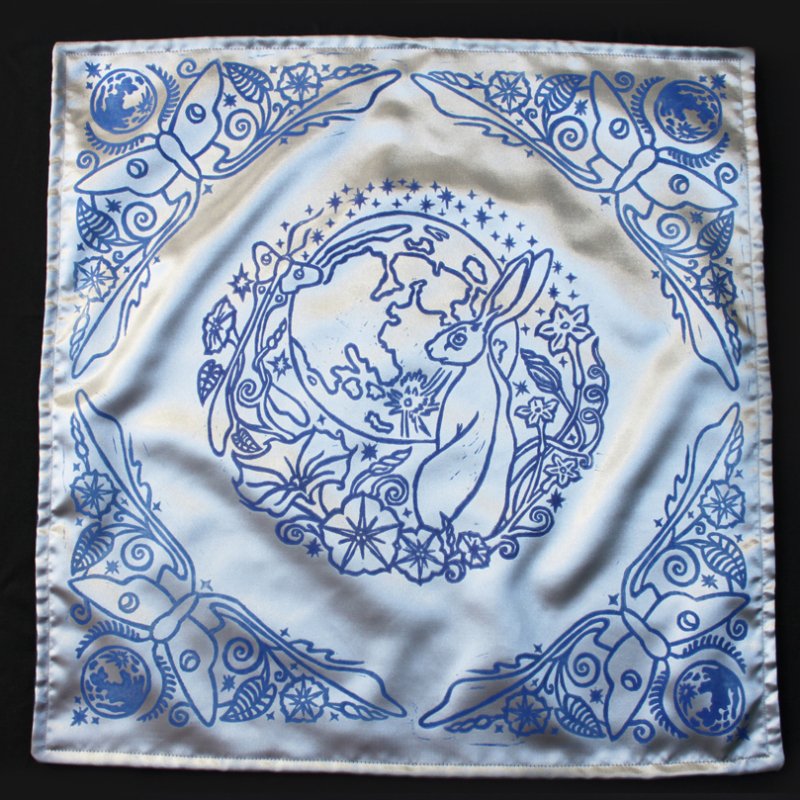 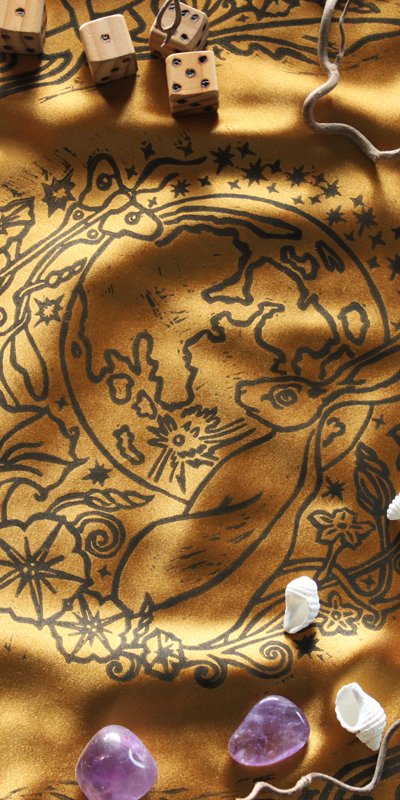 Here my Moon Gazing Hare sits nestled amongst moon flowers and jasmine in the light of the full moon The stars are all out and a lunar moth flies overhead.

In ancient times it was the belief that if you witnessed a moon-gazing hare, it would bring good luck, rebirth and abundance. The Moon-Gazing Hare in itself is a symbol of the fertility of Spring and shows us that the Sun is going to be returning once more.

This has probably got to be one of my favourite altar cloths I have designed. A lot of my cloths I have designed with the customer in mind but this one was really for myself and has proved quite the success. My first encounter with the symbol of the Moon Gazing Hare was during my first visit to Glastonbury town in 2004 together with my parents and brother. There we discovered all sorts of magical things in the unusually wonderful array of shops including the mystical Moon Gazing Hare and I have been in love ever since.