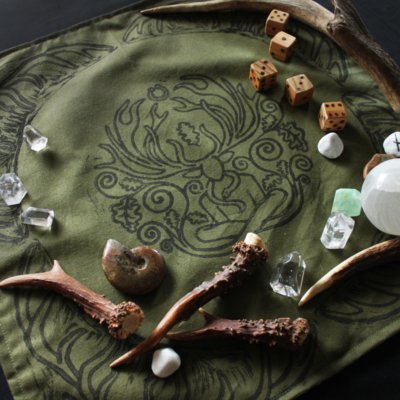 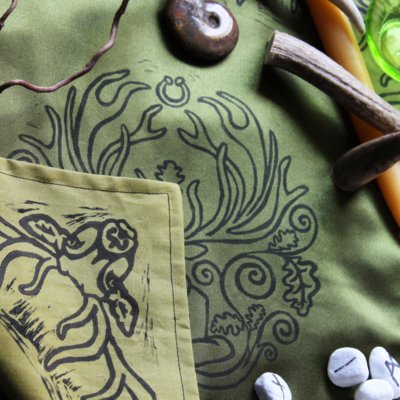 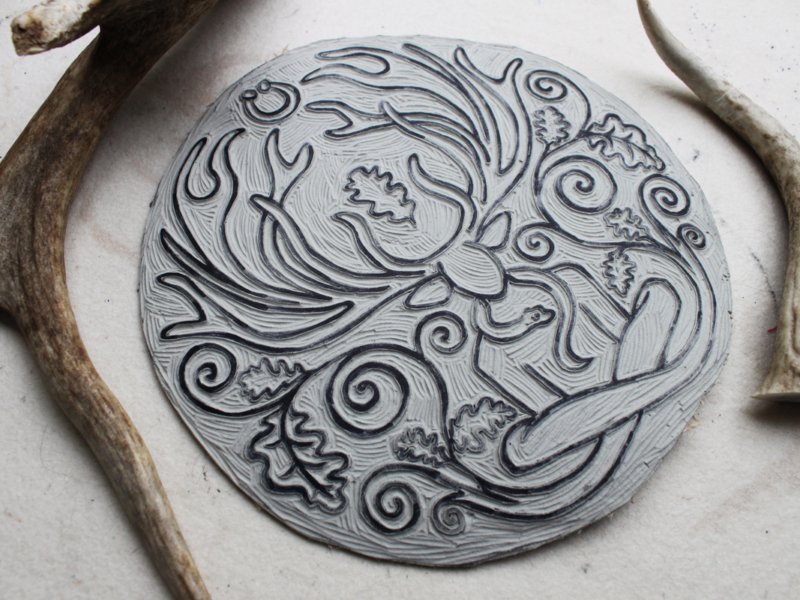 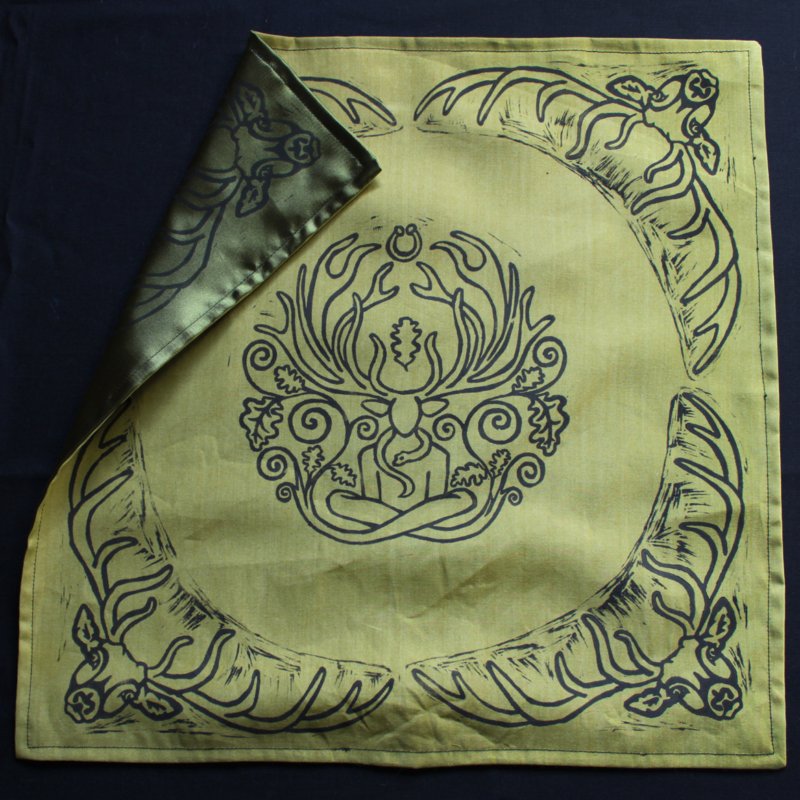 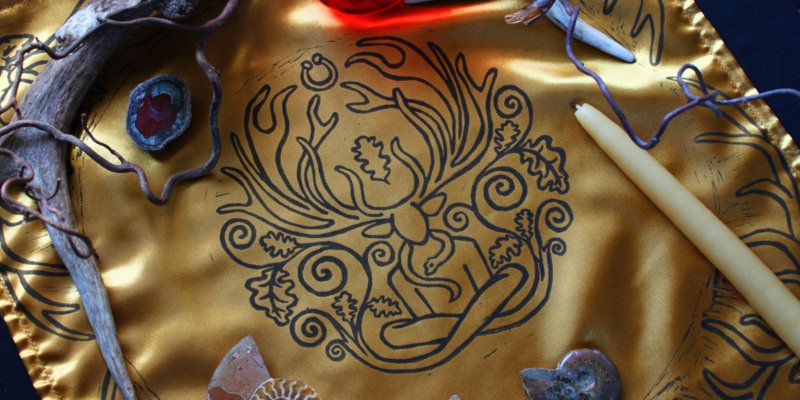 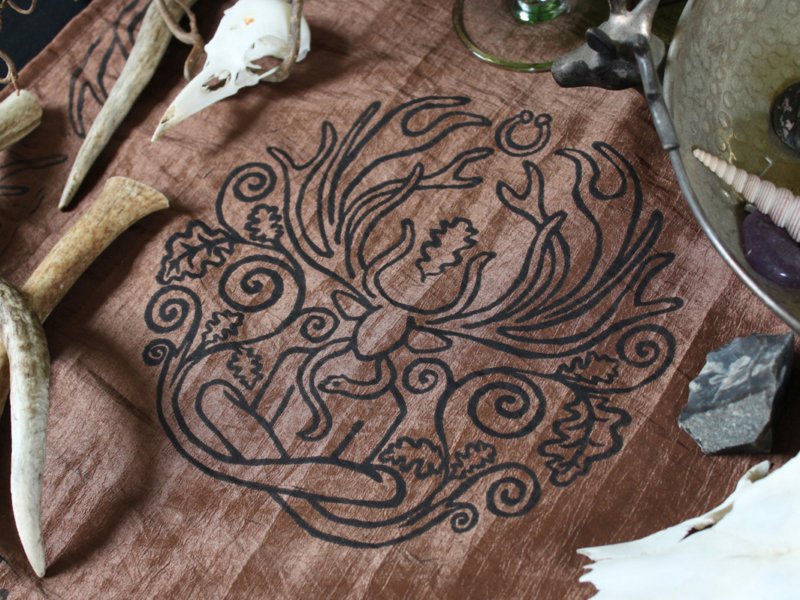 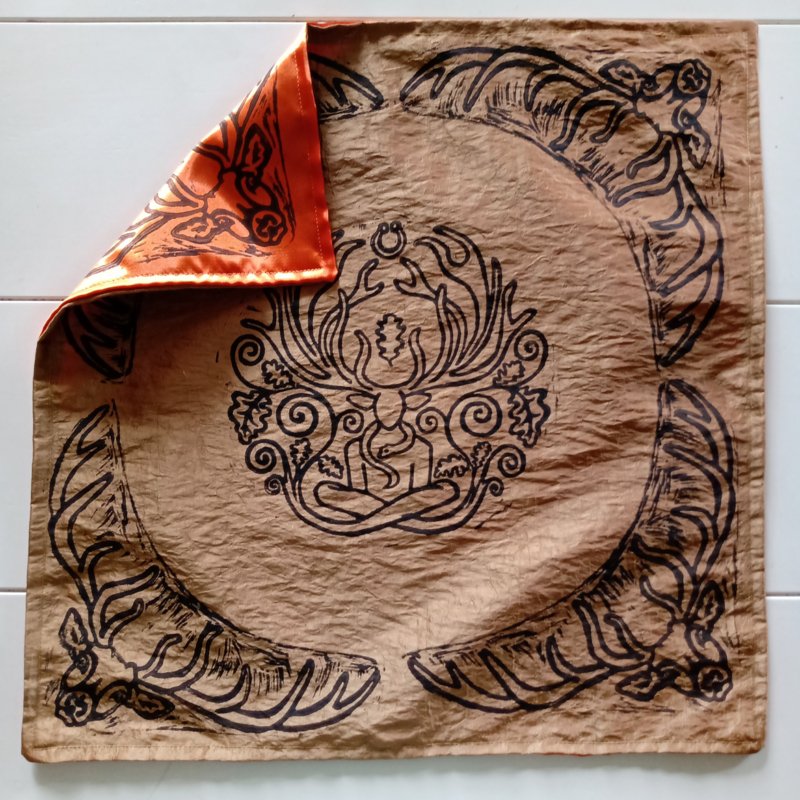 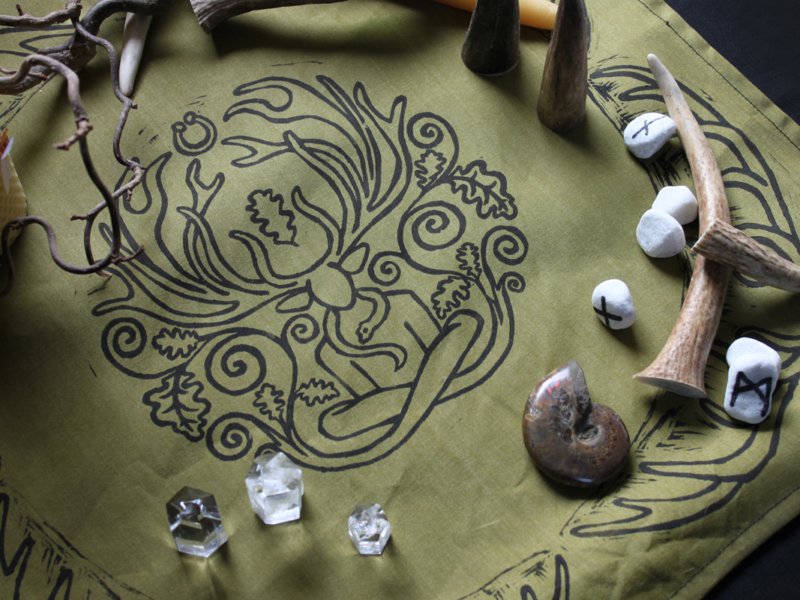 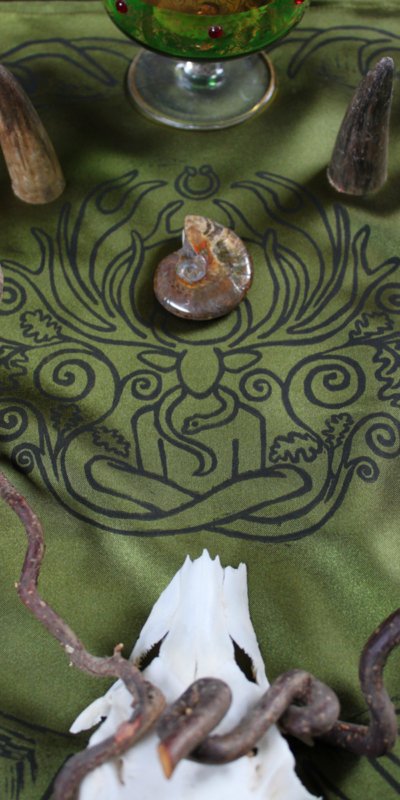 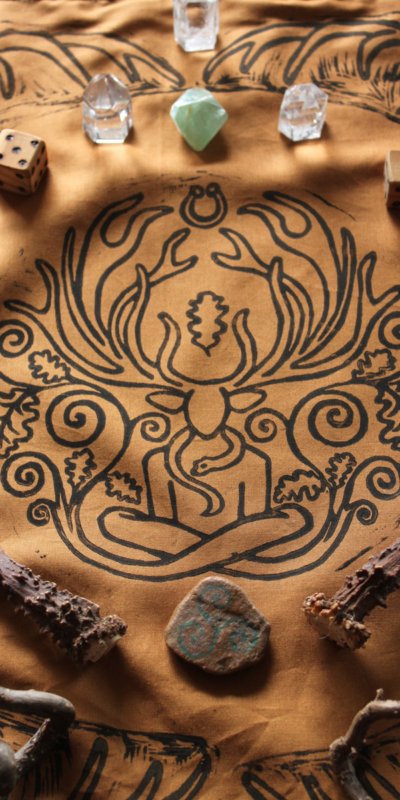 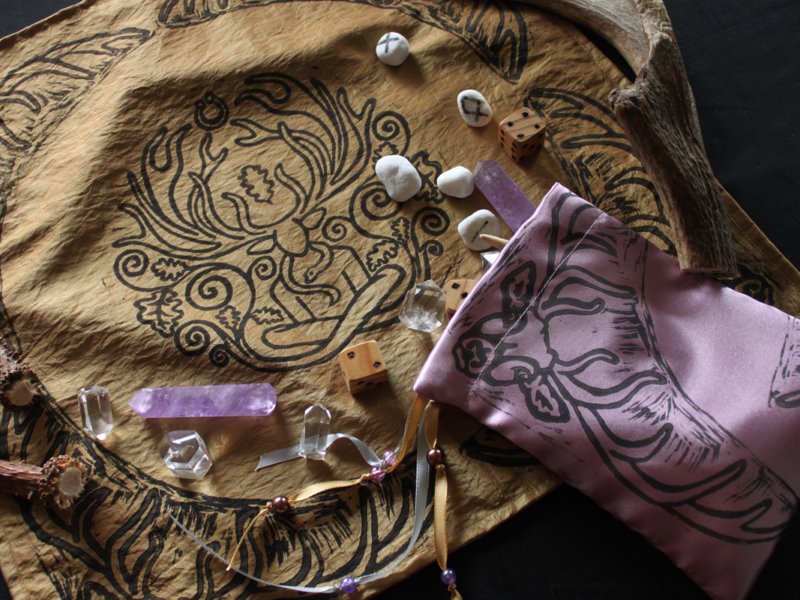 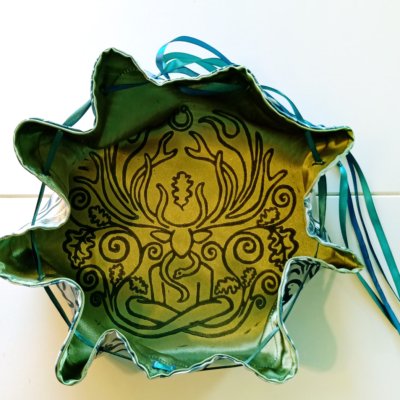 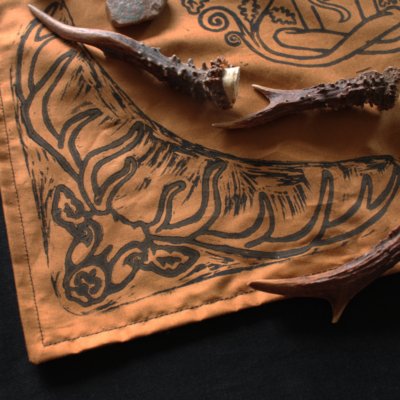 This altar cloth was inspired by the Celtic god Cernunnos. One of the most well-known images of the god was found on the Gundestrup Cauldron (a Gaulish artifact dating from the European Iron Age). He belongs to the group of gods known as Horned Gods.

Traditionally Cernunnos is a fertility, forest and nature god. To me, Cernunnos is very much a representation of two important balances in life: balance between man and woman and balance between human and animal/nature. Traditionally Cernunnos is portrayed holding a torc (circular Celtic necklace) in one hand and a snake in the other. Here I have placed the torc to the top of the image and the snake around his neck. These two items associated with Cernunnos can easily be associated with the male and female reproductive organs, showing that the god holds these two things in balance. This also connects to the fact that Cernunnos is a fertility god. The torc being a man-made item and the snake being a creature of nature shows the balance between man and the animal kingdom. This in turn connects to Cernunnos himself being anthropomorphic (part human and part animal) and also his title as “The Lord of the Animals”. The Horned God is often also associated as the male counterpart to the Goddess in neopagan religions.

Cernunnos was one of the reasons I named my art studio The Stag´s Head as he is one the deities in mythology I have the closest connection too. After having created a couple of different altar cloth designs, I felt it was time to create one in honour of Cernunnos. Since designing and carving the stamps I have created more than 100 items with them, to the extent that I will have to re-carve the centre piece very soon. I have printed these Cernunnos and Stag stamps on a wide colour range of altar cloths and pouches. I make these either for my shop or as special custom creations for commissioners.

I have also used the circular Cernunnos stamp to create convertible travel altar cloth pouches, the circular cloth/pouch shown above. When these are pulled tight around the edges with the cord they form a pouch in which a few small altar pieces and tools can be stored. In turn, the pouch also functions as an altar cloth when lying out flat. Great for when you´re on the go but want a quiet moment to yourself.